Have you visited Lizard Wireless Station?

If you walk the Lizard’s coastpath regularly, you’ll be familiar with the little black huts perched high on the cliffs above Housel Bay. These unassuming wooden buildings have an esteemed history, and can rightly claim their place in the story of modern communications.

It was here that young Italian inventor Guglielmo Marconi proved beyond all doubt that wireless was going to work beyond the horizon, when in January 1901 he received a transmission from the Isle of Wight. Doubters thought radio waves would disappear off into space, but Marconi showed they infact followed the curvature of the Earth. He pushed the limits of this new technology rapidly, and only 11 months later he completed the first trans-Atlantic radio transmission from nearby Poldhu to Newfoundland, to great applaud. 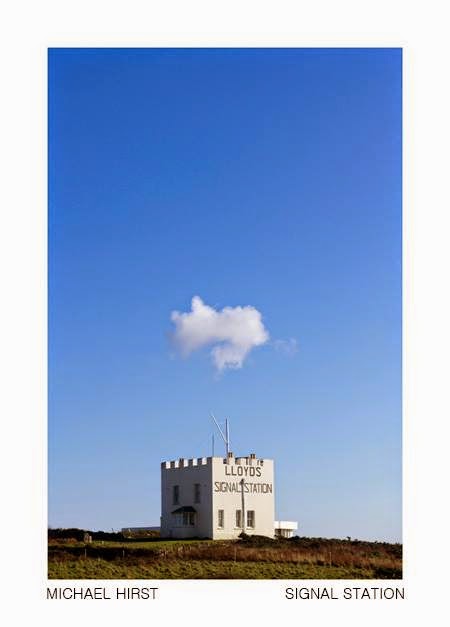 Lizard Wireless Station moved from being an experimental station to a commercial operation, handling ship to shore messages, in direct competition for a while with the Lloyds Signal Station next door at Bass Point. This distinctive white castellated building communicated with ships via flags and had a telegraph cable on to Falmouth and beyond. History has shown which of radio and flags won out in the end!

After claiming its spot in communications history, Lizard Wireless Station faded into obscurity. It was bought as a dilapidated holiday home in the 1990s, and it is 15 years since the National Trust started to renovate and restore the station. It reopened as a little museum in time for the centenary of its January 1901 over the horizon transmission, and we haven’t looked back since!


From the beginning of April until the end of October 2015 our opening will be Sundays, Tuesdays, Wednesdays, Thursdays and Fridays 12 noon – 3pm weather permitting. Come along to see just how the station would have looked in Marconi’s day, and hear some fascinating tales from our knowledgeable volunteer guides. Entry is free, but donations are welcome. There is no vehicular access to the station (but do call if you have mobility difficulties and we can make special arrangements) so the best way to arrive is on foot, via ½ mile of spectacular coastpath from Lizard Point, or from Lizard Village via Housel Bay lane.

If you live locally, have an interest in history, like chatting to people, and can spare as little as 3 hours a month, we would love to hear from you, as we are always on the look out for more folk to join our dedicated team of volunteer guides so we can expand our opening and welcome more visitors. Don’t worry, you don’t need to be a radio expert! Please do get in touch on 01326 291174 if this interests you.

And if you have never visited Lizard Wireless Station? Easter is almost here, so do pop in and see us this season!

Posted by Lizard and Penrose NT at 16:36 No comments:

You may have heard recently in the press that this year is a special year for our coast. We are celebrating 50 years of the Enterprise Neptune fundraising campaign, a campaign that has helped the National Trust to acquire and care for over 740 miles of coastline, enjoyed by millions each year. The funds raised through donations and legacies has helped us to acquire more land, to manage our existing sites sensitively and sustainably, improve access, and to work closely with the general public on coastal issues. It also helps us deal with the challenges increasingly affecting our coast such as the succession of storms in early 2014.


On a more local level, the Trust owns and looks after over 300 miles of the South West Coast, a huge asset to be responsible for. We provide access to favorite beaches like Kynance, estuaries like the Helford, and expanses of seascapes, as well as sites of huge archaeological importance and of course the South West Coast Path, it's through projects funded by Enterprise Neptune that has made much of this possible.  Each year it costs us around £3,000 to look after a single mile of coast, in the south west that's a million pounds a year. To find out more about the campaign visit our website page here or have a look at this short video which explains much of what we do and, importantly, why we do it.

As it's a year of celebration we'll be holding events through the rest of the year to celebrate everything that is great about our coastal properties, here on the Lizard we've got lots on offer, click on the tab "Events 2015" at the top to find out more. This week it's beach clean week and we've got two opportunities to get involved at Gunwalloe and at Poldhu on Friday 20th and Saturday 21st March. Come down for an hour or two and help us look after these special places.

To find out more about how we're celebrating the South West Coast, go to: www.nationaltrust.org.uk/swcoast


Posted by Lizard and Penrose NT at 10:58 No comments:

The edges of Loe Pool used to be home to Strapwort (Corrigiola litoralis) a critically endangered plant now only found on the shores of Slapton Ley National Nature Reserve in Devon. Natural England’s Vascular Plants Taxon Group has identified the species as being at High Risk of becoming extinct by 2020. Unfortunately it became extinct at Loe Pool in the early 20th century, but this year we are working with the Whitley Wildlife Conservation Trust (WWCT), a scientific and education charity based at Paignton Zoo, to bring this plant back to Loe Pool and Cornwall.
Regular records of Strapwort exist throughout the 1800s, however in 1915 a record states that it “was plentiful, now practically extinct.” This plant only grows on the edge of freshwater lakes where the water level decreases in summer, known as summer draw down, and increases over winter with higher rainfall. It also is not a very competitive little plant, needing practically bare earth to set seed and proliferate.

The chief reasons for extinction at Loe Pool are believed to be:
·         Lack of natural water level fluctuation (reduced summer draw down zone). This is due to limited percolation of water through Loe Bar due to accumulated mine sediments. An artificial adit was inserted through Loe Bar in the late 19th century to aid drainage and to reduce the flood risk to Helston. This resulted in pretty much constant water levels all year round.
·         Poor water quality with very high nutrient levels as a result of mining activities in the Cober catchment and agricultural run-off from fields surrounding the Loe.
·         Increased encroachment of competitive species (such as bramble, gorse, willow, blackthorn) along the shoreline due to a cessation in grazing by cattle and sheep.

Conditions are now believed to be more accommodating to this little plant. The Loe Bar adit was updated and improved recently, and a new Water Level Management plan was agreed between the National Trust and the Environment Agency. Now the penstocks, which manage the height of the adit, are set at a level to improve the summer draw down and still help to alleviate flooding in winter. This is about a 1 metre fluctuation, which is sufficient for Strapwort in the summer.  Water quality has dramatically improved in the last decade. The Trust has been working with the Loe Pool Forum (www.loepool.org) and tenant farmers to significantly decrease applications of chemicals and reduce soil erosion meaning nutrient levels, specifically phosphates, have decreased. Finally, although grazing will not be reintroduced to the edge of the Loe, we have embarked upon a programme of rotational scrub cutting to open up some areas (this will also benefits walkers as the view from the path will be better!).

So, the reintroduction site is ready, the seeds have been sown in a greenhouse at Paignton Zoo and we’re waiting for the weather to warm up in May to plant the seedlings out. Once the plants are established we will manage the habitat and monitor their progress. We’ll keep you updated!

Laura
Posted by Lizard and Penrose NT at 10:23 No comments: