Visitors and locals alike discovered the amazing seashore life, it was the first year we saw a hermit crab moving house, coming out of its shell and trying a new one on for size! We found a lot of squat lobsters and everyone enjoyed the range of beach crafts each week provided by the Wild Lizard Project and the team of fantastic volunteers.

This was also the first year that we ran activities at the National Trusts campsite at . Designed and led by the Wild Lizard Intern Megan we had a great response for our first year with children off exploring the campsite on bugs hunts and creeping up on adults while wearing their effective camouflage insect headbands! Snail racing proved very popular which, although fairly slow was surprisingly competitive (between the children not necessarily the participants!)

Bushcraft Club also ran every Thursday through out summer at Poltesco. Led by Sarah Henn from Miracle Wood children had the chance to get into the woods and enjoy the shade while learning new skills. More information on bushcraft and Forest Schools can be found at: www.miraclewood.org.uk.

Once the schools had gone back it was Henry’s Little Big Gig. We had a fantastic response to our activities; we were so busy on Saturday that we didn’t even have a chance to take any pictures! Head dresses, Boggarts to guard tents, bamboo shakers and gypsy flowers there was plenty to choose from for big and little kids alike.

So what next? Megan will be finishing her internship soon but not before we have our Make a Difference Day on the Sat 25th October, 10am - 3pm. Go MADD and clear some scrub from the Cornwall Wildlife Trust's Windmill Farm Reserve for local wildlife, and to rediscover the World War Two Pillboxes hidden away onsite. Spuds and sausages cooked over the fire for lunch for all participants. This is a partnership event with the Wild Lizard Project. All ages are welcome, please call for further details.

Plus ‘Scream its Halloween! On Thurs 30th Oct, 1 - 3.30pm
An afternoon of fun and activities at Poltesco.Take our spider web challenge, make your own boggart, toast an eyeball over the campfire and enjoy a scary story! A creative afternoon that will send shivers up your spine. This is a free event but is booking essential.

For all our events please call me (Claire) at Poltesco on 01326 291174 for more information or to book your place. Keep enjoying our amazing autumn!


Last week I was lucky enough to take a day out of my normal role to work with another team and pick apples. The Penrose team have a fantastic orchard in Degibna, which is over the East side of Loe Pool, where there is also an abundance of lovely blackberries! Although Lizard and Penrose are one portfolio we try and get together a few times a year to work together for a day and to discuss best practice etc.

The apple harvest did not live up to 2013's extremely fruitful year, however we managed to pick a third of a ton of five different types of apples along with the help of some local volunteers. These apples have now gone to our friends at Helford Creek Apple Juice for juicing and you will be able to buy bottles of it next year in the Stables Cafe at Penrose.


The orchard was also quite over grown so we also spent time doing some much needed clearance around the trees, we cleared away a vast amount of brash to reveal even more wind fallen apples underneath, but also to encourage the younger trees to grow without being swamped with brambles. 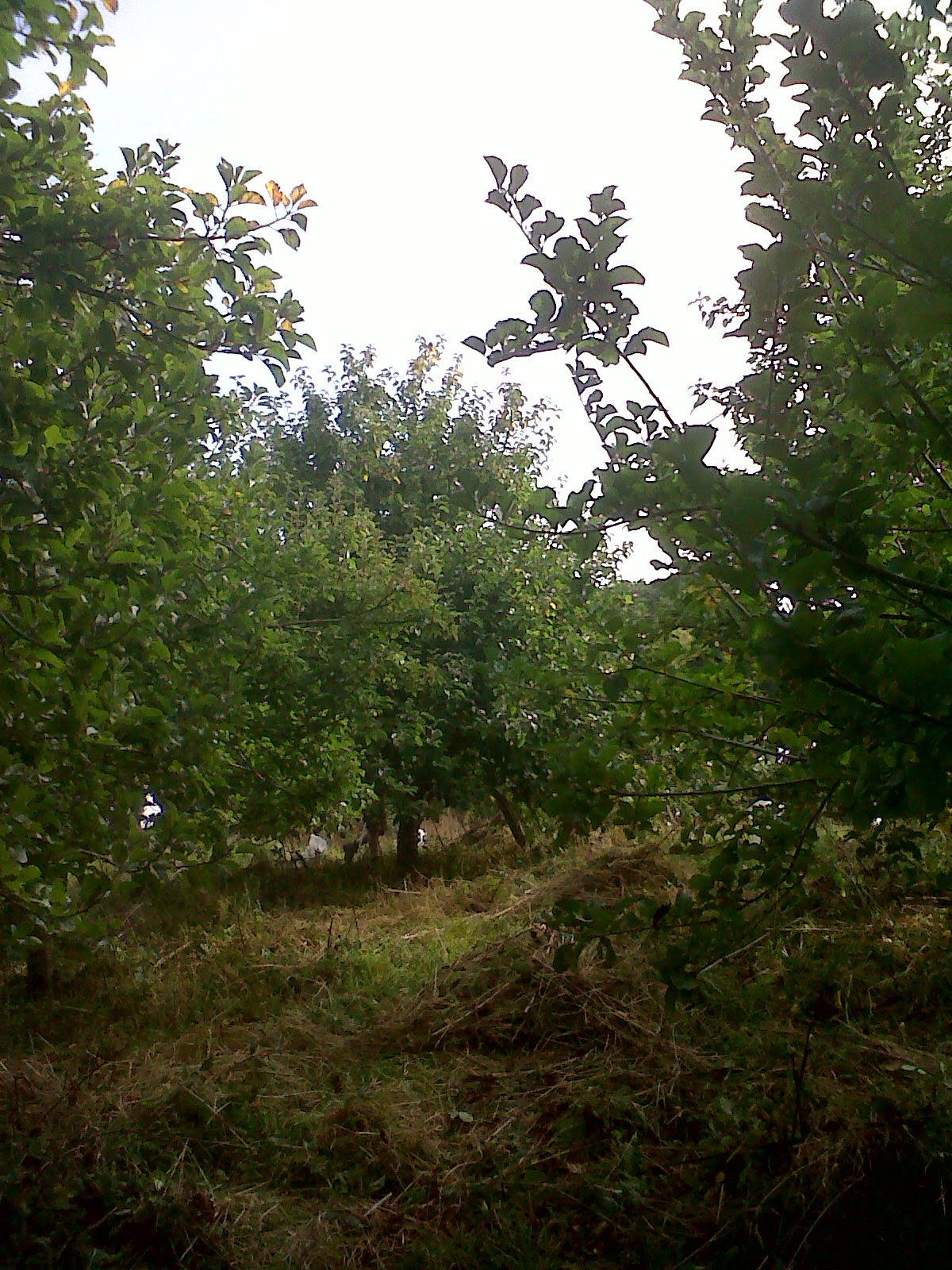 I am always amazed at this time of year at how many different species of wildlife you can see in just a small area, including bees, ants, grasshoppers, butterflies and a variety of birds. All day I had little hitch hikers using my hands as landing pads as they moved onto their next sunny spot, it was simply delightful.

Thanks again to all our volunteers from Penrose and Poltesco who helped on the day, it made it even more enjoyable and your help was greatly appreciated. 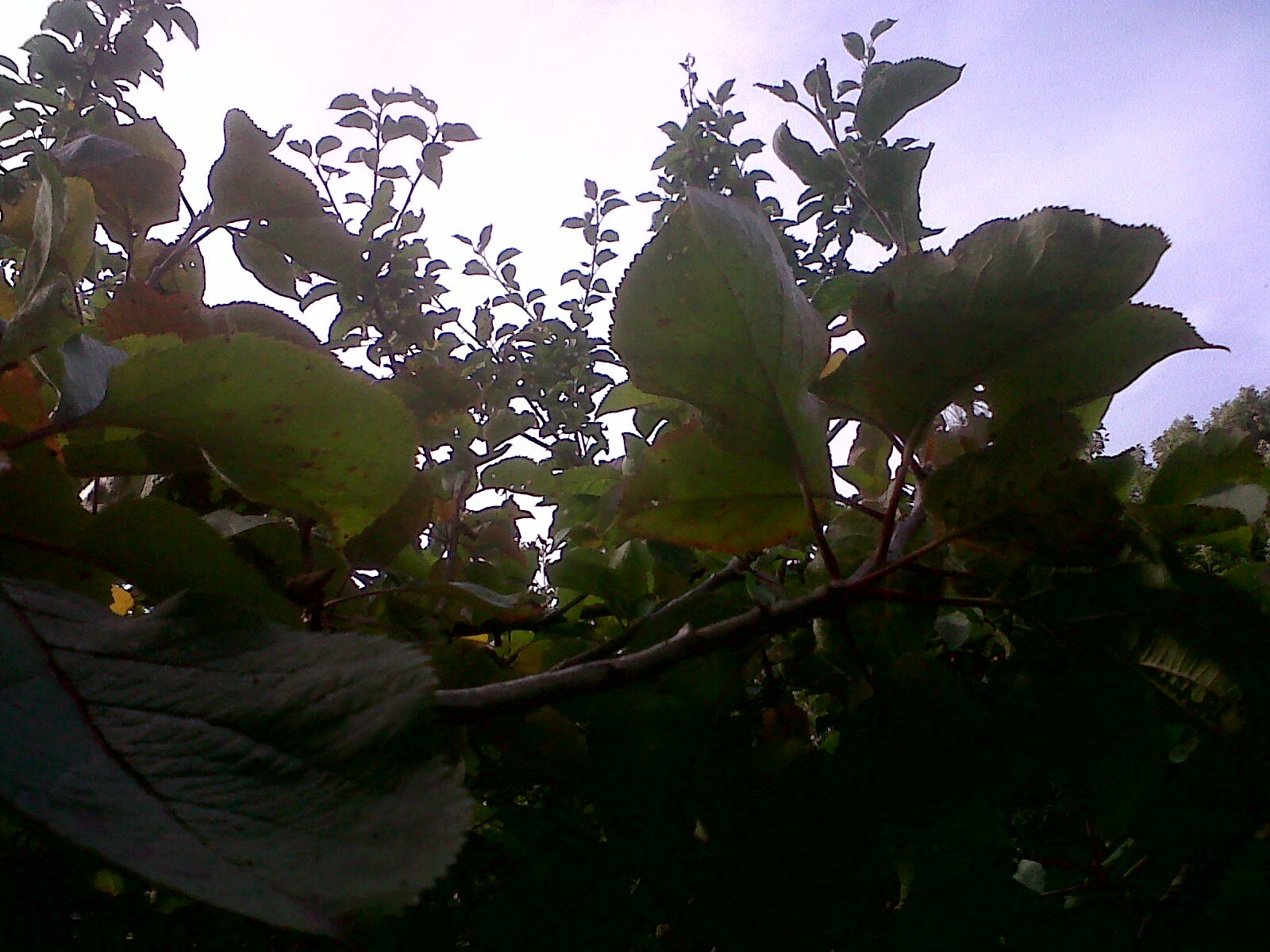 I am now off to make a blackberry and apple crumble for my tea!

Rosie
Posted by Lizard and Penrose NT at 15:32 1 comment:


I recently spent a lovely afternoon at the most southerly point, looking after the wildlife watchpoint and talking to visitors about the place, the seals or seabirds we were looking at and the work that the National Trust and other conservation partners in Linking the Lizard are doing to protect this special place and the wildlife that live here.

As we leave a glorious summer and head towards another autumn and winter I wonder what the future holds for us? Last winter’s storms changed the shape of our coastline irreversibly, as cliffs slumped and beaches changed. A recent report by the National Trust has identified extreme weather as the dominant threat to the seabird populations that I had been admiring in the summer sunshine at Lizard Point.  Storm surges, and extreme winds combined with high tides has forced birds to change their patterns of behaviour and suffered as a result.

The challenge for the future is how we make Britain greener and how as a nation we can influence others to reduce the impact of global warming and the extreme weather it will bring in the future and to protect nature and to reverse the decline in British wildlife. We know that the public’s love of nature is growing stronger with millions of members of conservation organisations, but our political leaders are hesitant in the wake of recession and the progress towards a greener Britain has been slow.

Conservation organisations from the environment sector have recently published the 5th Green Standards report which identifies the priorities and practical proposals to have a positive impact on the way we live. It challenges the political parties to strengthen their environmental elements in their manifestos for next year’s elections.

The report suggests that a greener Britain would support the natural word to recover, have stronger communities and a more resilient economy and stronger environmental benefits, as well as making Britain more influential internationally.

The full report can be read here http://www.greenalliance.org.uk/resources/Greener%20Britain.pdf

Spectacular sightings as the scope of the Lizard Wildlife Watchpoint broadens


This year the National Trust has been running the Lizard Wildlife Watchpoint at Lizard Point for the first time. The watchpoint was run in previous years by the RSPB to introduce people to the local choughs, as it is ideally located for great views of the birds coming and going from the nest site.


As would be expected, the choughs are still the highlight of the watchpoint in the early part of the season. However, as soon as the chough family are on the wing they spend most of the day out feeding in the Kynance area so are rarely seen at Lizard Point (except when they come back to roost), which is why the RSPB watchpoint used to close in mid June. For more information on choughs in Cornwall visit: www.cornishchoughs.org


The new National Trust watchpoint is open until mid September and the absence of the choughs has given other species a chance to shine. Lizard Point is a great place to see passing seabirds in their thousands. This year we’ve seen Manx, Balearic, Cory’s, great and sooty shearwaters, Arctic, great and pomarine skuas, Arctic, black, roseate, common and Sandwich terns so far and a number of petrels. We have also seen countless numbers of auks including puffins, little auks, guillemots and razorbills passing through on their spring and autumn migration, not to mention the passing gannets and plethora of gulls that we have, some of which have come from Spain believe it or not.

Another highlight is the resident kestrel who often gives amazing aerial displays at eye level before descending on its prey. Pipits, swallows, carrion crows, ravens, oystercatchers, turnstones and whimbrel are just some of the other visitors we have regularly.  The botany here is astonishing too, as is the geology and insect life. So far we’ve done air and land but what about the sea?

This year we’ve seen hundreds of barrel jellyfish, the odd basking shark, sun fish and a few pods of dolphins (including Risso’s) passing through. There are also resident porpoise that can be seen feeding on the nearby reef every day, but the real stars of the show this summer have been the seals!

Lizard Point is an important haul out site for seals. Through daily observations we have recorded a maximum of 18 seals hauled out on the rocks at one time. Although seals can be seen throughout the day, sometimes quite close in, spring low tides are the best time to see seals hauled out together at Lizard Point, as their favourite rocks are exposed for longer.

A small group of local volunteers have been working closely with Cornwall Seal Group to collect information on the seals, through daily observations and photographs which are added into the Cornwall Seal Database. Individual seals can be identified through their unique fur patterns so every seal that is seen is logged in a special Lizard catalogue. Thanks to the invaluable efforts of Alec, Enid, Terry and Sue we are now getting an idea of which seals are regular visitors and which are just passing through. Seals identified around the watchpoint have also been seen as far east as Looe, west as the Scillies and around Skomer (Pembrokeshire) to the north. For more information on seals in Cornwall visit www.cornwallsealgroup.co.uk


So you see, as well as the charismatic choughs there is a wealth of other flora and fauna at Lizard Point which we have been endeavouring to share with the thousands of visitors at the watchpoint this year. But we couldn’t do all this alone. The wildlife watchpoint is run by a trusty band of more than twenty, enthusiastic and knowledgeable, local volunteers.

This year, we have also had the help of Mary, our fantastic new volunteer intern. With Mary’s help we’ve been able to develop a formal recording programme for all our wildlife sightings. Every day our sightings are logged and then submitted to the relevant record centre; our bird records are submitted to BirdTrack (British Trust for Ornithology recording scheme) and any other sightings go to Cornwall Wildlife Trust and ERCCIS. So far this year we have recorded over 100 different species and submitted over 2000 wildlife records from the watchpoint, not including our botanical records. Mary has also developed a fantastic new range of factsheets and posters for the watchpoint. Working alongside the BTO, RSPB, Cornwall Seal Group and Cornwall Wildlife Trust we have held several guided walks and training events to learn more about the wildlife seen from Lizard Point and how to identify and record it.


We rely entirely on volunteer help to keep the watchpoint open from April until mid September so we are always looking for enthusiastic people to join the team. You don’t need to be an expert, you just need to have a desire to learn more about wildlife and a willingness to share your enthusiasm with visitors. If that sounds like you please get in touch: lizardrangers@nationaltrust.org.uk


The new watchpoint has been a huge success not only by inspiring over 10,000 visitors but also for developing an important new wildlife recording point in Cornwall. If you haven’t been to see us yet  make sure you pay us a visit before 4pm on Tuesday 16th September as this is the last day we’ll be open until next year. We are open from 10 am – 4pm daily, from April until mid September.

To learn more about wildlife on the Lizard visit:  www.the-lizard.org.uk