As the summer holidays are coming to an end, I thought I would go through all the photos we’ve taken so far. We’ve run another successful programme of events this summer in partnership with Nauti but Ice at the stables café. All our events have been focused on getting more children and families outdoors and enjoying Penrose.

We also try and encourage children to get closer to nature through the events and the bat walk was a particularly good way to achieve this aim. With the help of Cornwall bat group, we took a stroll through the parkland at dusk and watched a roof full of Soprano Pipistrelles emerge from one of our holiday cottages. Each family was provided with a bat detector so they were able to interpret the bats’ echolocation as they swooshed overhead. Everyone who comes on these walks is amazed and excited to see the bats in action no matter what their age- we had tiny toddlers up to retired folk.

It’s always a bit nerve racking before an event like this, as I wonder what we’ll do if we don’t see any bats! But Penrose provides such an incredible array of habitats and roosting places that we never fail to spot any.

We’d like to say a huge thank you to everyone who’s supported our events and the cafe this year! As a charity all your donations help us to carry out vital conservation work and to maintain access on all the footpaths and bridleways you love using.

Archery was the last event of the season held today, but look out for our autumn and winter events here, on facebook and on the National Trust events website.

Laura
Posted by Lizard and Penrose NT at 15:56 1 comment:

We were joined yesterday for a fun morning's bushcraft session at Poltesco by 16 16-19 year olds. The teenagers are all from Tower Hamlets in London, and know each other from college and their Youth Group.
We've had an ongoing connection with the Youth Group, thanks to links made by the Lizard Outreach Trust who have facilitated several City and Sea exchanges in the past. Mamun, now leader of the group, came on one of these visits some years ago, so he wanted to give teenagers, many of whom rarely leave the city, the same chance to visit the Lizard he had when younger.
The group stayed at our National Trust bunkhouse at Penrose, and as well as their session with us, they spent their time in Cornwall walking the coastpath, visiting the beach, canoeing and fishing.

Our session yesterday was timed brilliantly ahead of the rain! The group had a go at fashioning a mallet from a log, learning how to safely use a bow saw and carving axe. The final smoothing of the mallet handle was achieved using shave horses and draw knives.

After a quick break to visit the beach (and to take on the build the highest pebble/boulder tower challenge), we switched to fire lighting, using magnesium strikers to create a spark, which was caught in a piece of char cloth, or a vaseline covered cotton ball.  Once mastered, making fire with a traditional flint and steel was the next challenge. Not so easy, as although it's possible to get a spark, guessing where it will land is impossible!

The session rounded up with a cuppa brewed over the fire, and a few toasted marshmallows.

If you are linked to a group who might want to set up a similar session with us, please do get in touch.

Thanks to NT Volunteer Shannon O'Grady for the Photographs. 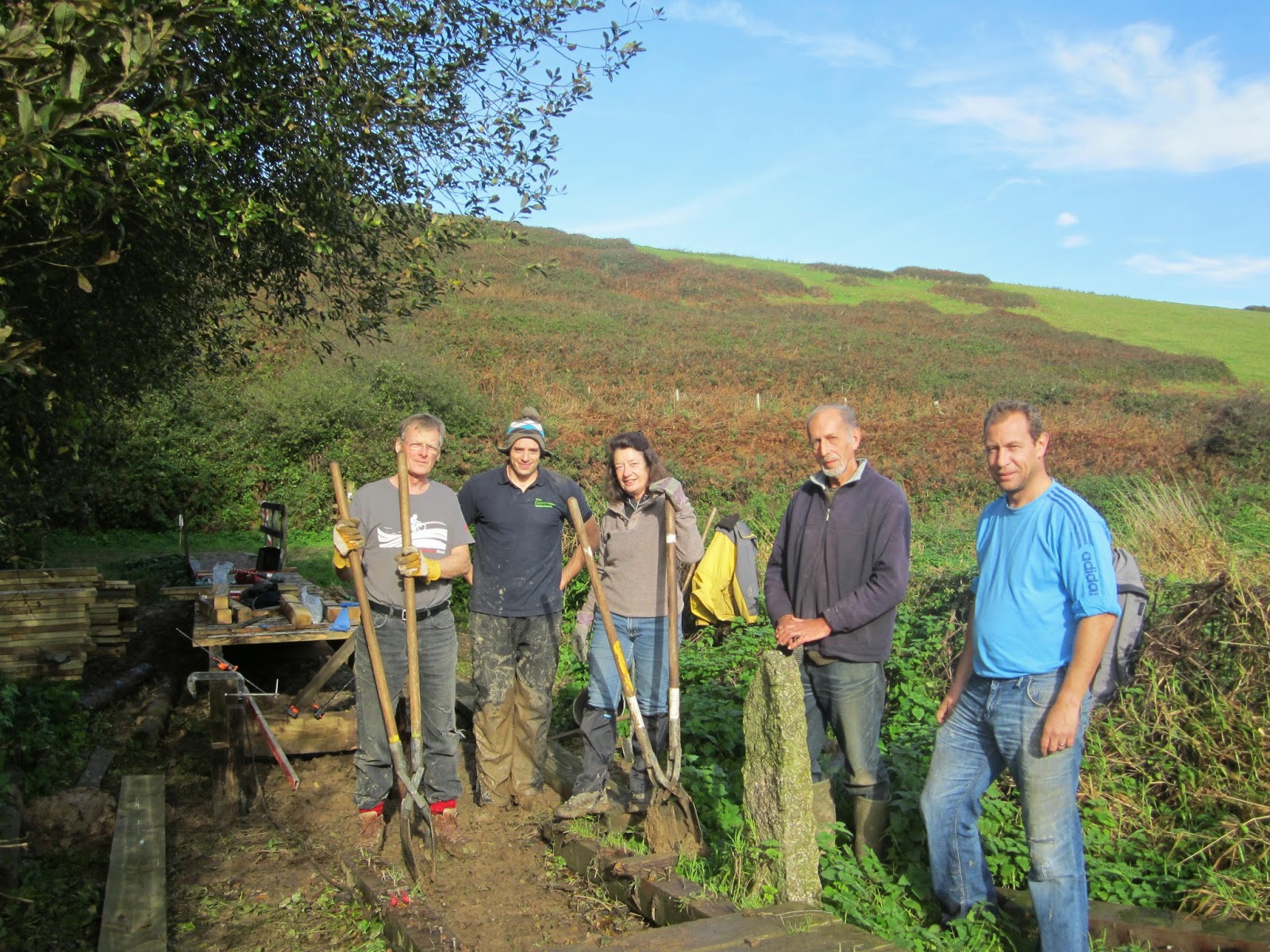 Over the past year, the team at Penrose have been working with walkers, cyclists, disability groups and horse riders to improve and upgrade the outdoor experience for visitors to Penrose. Projects have included opening a brand new bridleway from Porthleven, across the fields of Higher Penrose farm with stunning views of Mounts Bay; tarmacking the route from Helston to The Stables; and replacing the old boardwalk at the head of Carminowe Creek. The practical improvements on the footpaths and bridleways are now mostly complete thanks to local contractors and volunteers. 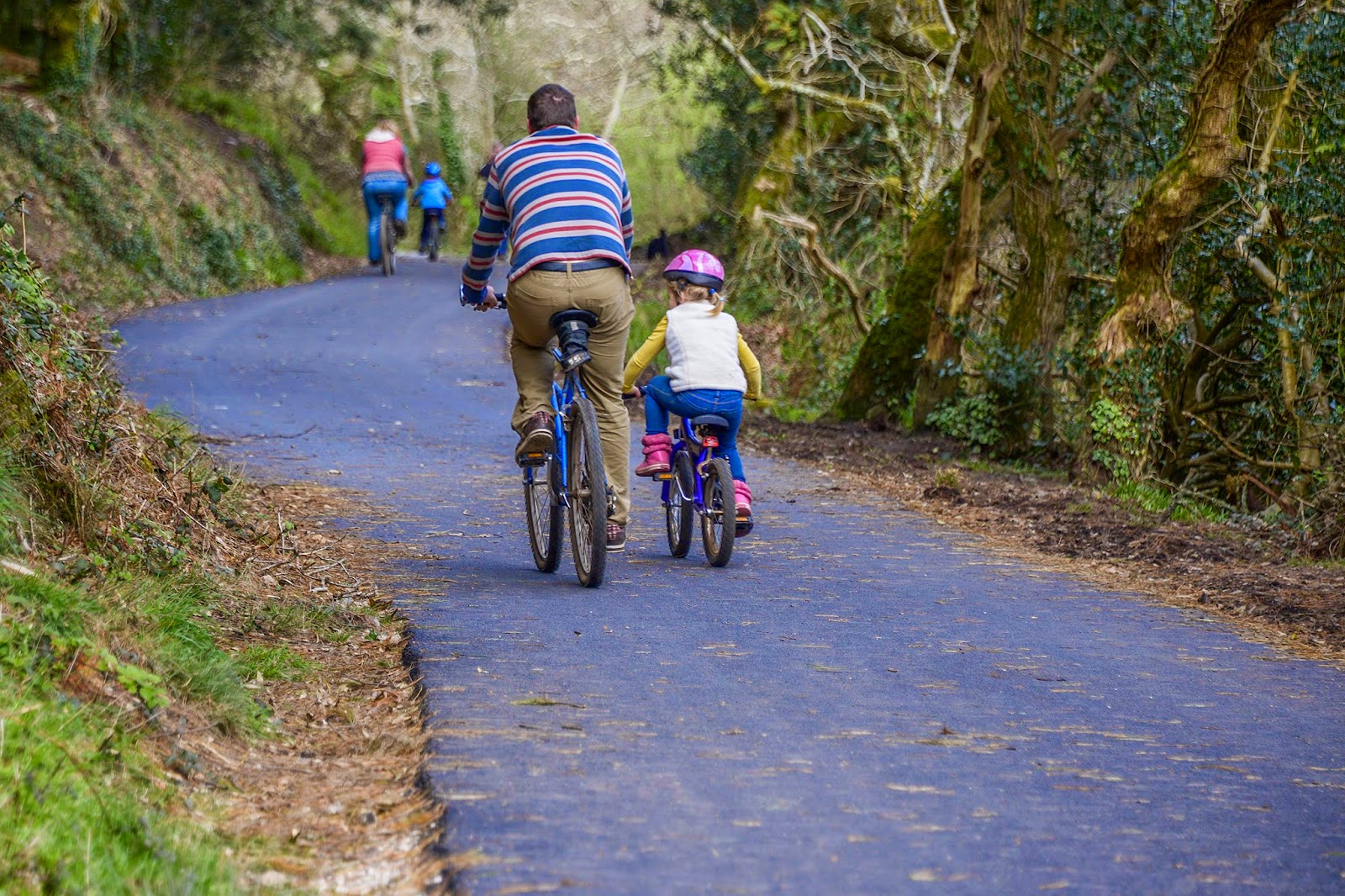 Now all the work is mostly finished, we’d like to hear your views on the trails at Penrose. There are three different questionnaires, depending on if you’re a horse rider, run a local business, or you’re a local resident. We’d really appreciate your feedback, so if you’d like to help us, please click on the relevant link below: 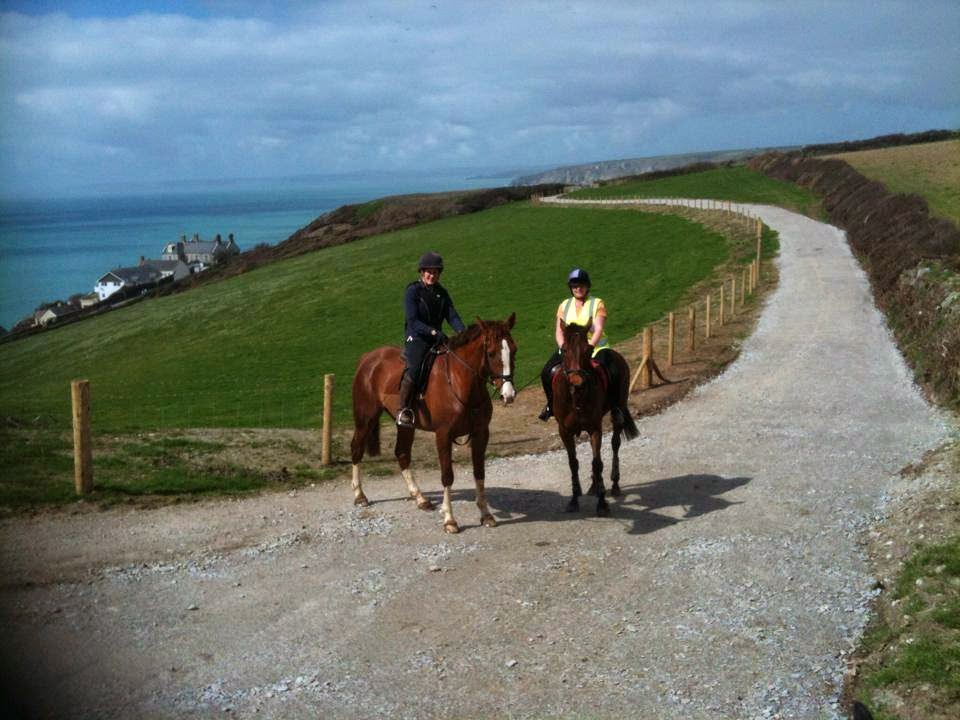 If you don’t fit into any of these categories, but are a visitor to Penrose we are also carrying out user surveys, so if you pass us out and about waving a piece of paper at you, please stop and have a chat! You’ll notice us- we’re the ones dressed in bright red!

With thanks to DEFRA and Natural England. This project is funded through the RDPE programme.

In common with many conservation organisations nationally, we’ve been doing our bit to try to reverse the long-term decline in the number of ponds in the wider countryside.

Thanks to funding through Higher Level Stewardship schemes and the Millennium Million Ponds Project administered by Pond Conservation (now renamed the Freshwater Habitats Trust), we’ve dug over 15 new ponds and scrapes on National Trust land on The Lizard in the last 4 years.

At Grochall, 10 new ponds were dug in 2011 in rush pastures close to the heathland of Lizard Downs, with the aim of giving a quiet refuge for wildlife. Some of the ponds hold water all year and have proven popular with dragonflies, and others are shallow seasonal scrapes, great for water beetles and other rapid colonisers.

Spurred on by the success of these first ponds, we went on in 2012 to undertake a more ambitious project on Predannack Airfield, the southern half of which is owned by the National Trust. The Airfield was built, as many were, as part of the WW2 war effort, and it remains a military airfield today, being a satellite site to RNAS Culdrose. With the MoD’s support, we were able to reinstate long lost scrapes and trackways shown on an 1880 map, but redundant and overgrown since the 1940s.

We’ve had some fantastic exciting news in recent weeks, with the discovery of two plants of conservation concern in the large new scrape on the airfield, on a June 2014 visit with our Cornwall Botanical Recorders. Pillwort is a rare and unusual grass like creeping fern that thrives in seasonal acid pools. It is named after its distinctive round sporocarps (reproductive bodies) found at the base of the fronds. Pillwort is a Biodiversity Action Plan Species, and is classed as near threatened nationally, so it was great to see it in abundance, forming light green mats in the shallows.

It was also fantastic to find the delicate little flowers of yellow centaury on the newly scraped bare mud, a nationally scarce plant of the gentian family. Both pillwort and yellow centaury are esteemed members of the ‘puddle gang’. These are rare plants for which the Lizard is famous, growing in selected trackways and heathland scrapes which are seasonally damp.

Our 3 newest ponds were completed at Tregullas, The Lizard in October 2013, and unlike those at Grochall and Predannack which were on or near heathland, these ponds are very much about giving farmland wildlife a helping hand. The  ponds are in the corners of arable fields south of Lizard village, between the village and Bass Point, and should be deep enough to hold water year round, drought years excepted. So far so good! This area historically had several ponds associated with brick clay extraction, but all had been infilled by the 1970s. We therefore wanted to put wetlands back in the landscape, and give farmland wildlife a boost. Within a few weeks a snipe was spotted probing the edges of the ponds, and swallows swoop low over the surface as they take insects on the wing. And a handy bi-product of these new ponds has been a steady supply of lovely modelling clay for our kids events!

Looking to the future, we would love to be able to get in place some more detailed monitoring of our new wetlands (do shout if you are a dab hand with water beetles), and we have plans for further HLS funded scrapes to the north of Predannack Airfield, on farmland that was once heathland at Teneriffe.

Taken in the context of all the other great work done to reinstate ponds and trackways by our conservation partners locally, for example CWT/CBWPS at Windmill Farm, and NE/St Keverne Parish Council, then it feels that we really have taken great strides forward for wetland wildlife on the Lizard in the last few years, proving how a little water and mud here and there can add up to an awful lot of new and improved habitat!

Rachel
Posted by Lizard and Penrose NT at 15:44 1 comment: