A Celebration of Apples at Penrose


We had an appley agenda yesterday at Penrose with our second annual Apple Day. Our 15 year old orchard provided the produce for apple bobbing, apple pressing and the longest peel competition! The café worked their magic and produced some delicious cakes, muffins, crumble and even an apple and parsnip soup.

Apples are the quintessential British fruit and have played an important part in British life since time immemorial. Orchards were highly valued not only for their produce, but as wildlife habitat, and for cultural traditions. In the latter half of the 20th century big businesses, supermarkets and intensive agriculture meant that we lost many of our traditional orchards and the magic of the apple. Many apple varieties and apple traditions and customs were at risk of extinction. One such custom is Wassailing, which traditionally took place between Christmas and 18th January. The idea is to protect the trees from evil spirits and to ensure a plentiful harvest in the coming season. Cider is poured on the roots and bread soaked in cider is placed in the branches for robins to eat, who are considered guardians of the trees. Then songs are sung and a huge racket is made to drive the evil spirits away and to wake the trees from their winter slumber. 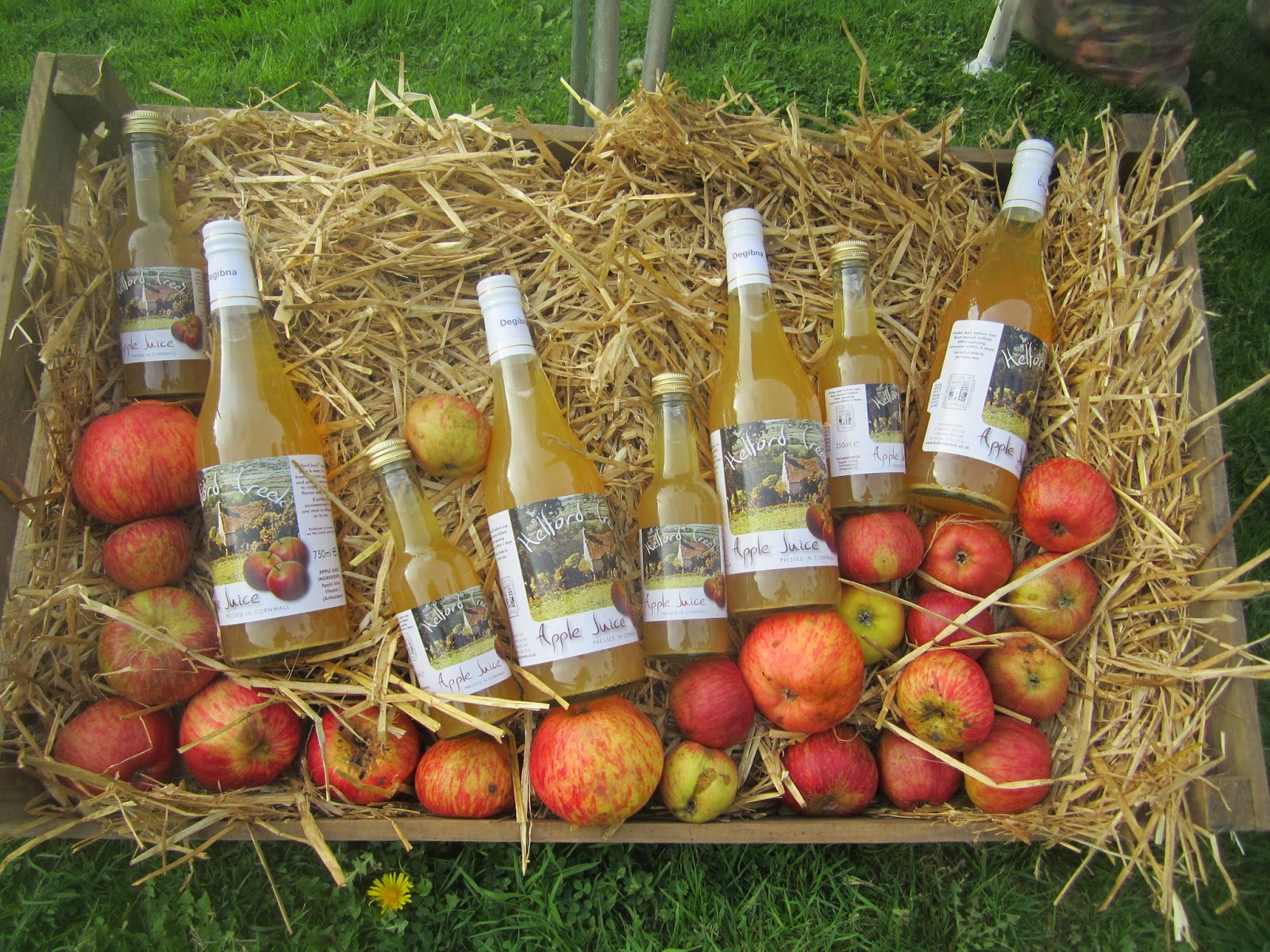 However, this loss is now being recognised by conservationists and apple enthusiasts. Orchards are being restored by landowners in a bid to regain their wildlife value and to preserve our heritage varieties. We planted a new orchard in 2011 at Penrose, in a field that was no longer useful for agriculture, and a few young fruit trees were planted in the walled garden this year. New orchards are springing up all over Cornwall, many of them boasting an impressive array of Cornish heritage varieties. We have the Manaccan Primrose, the Cornish wine apple and the Cornish Giliflower to name a few.

Every year we send most of our apples to local juicers Helford Creek to juice and bottle them, and you can buy small and large bottles in The Stables Café. Thank you to everyone who came and made the day so successful. Please get in touch if you have any feedback about the event.

Laura
Posted by Lizard and Penrose NT at 16:03